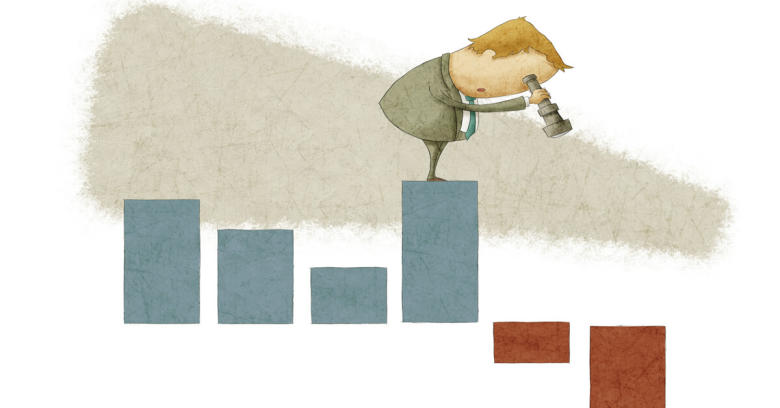 Financial markets have a bad habit, and all of us who take part in markets each day are guilty of causing it. The bad habit? It’s called “Recency Bias”, the tendency to extrapolate what has occurred in the very immediate past as to what we think will certainly continue into the future. This tendency seems to pervade most human systems, but in financial markets, it is a daily affliction.

When stocks were crashing in December of 2018, investors and traders assumed all was lost and many sold everything they owned expecting another apocalyptic abyss like the one we experienced in 2008. Just a few days later, markets bottomed and then shot upward in a soaring rally as investors reversed course frantically paying extra for everything they had just sold at fire sale prices, assuming stock prices would then race upward for an indefinite time.

In a word it’s “Momentum”, the holy grail of traders and even some supposedly longer term investors. Anything that is gaining in value is quickly bid up by traders looking jump on the bandwagon as soon as they can. Quite often, they don’t even know what they are buying, they only know that it is going up right at that very moment, and that’s all that matters. There is no overstating how pervasive this is in all markets; momentum action accounts for much of daily activity in virtually every market. The seemingly irresistible urge for instant gratification and often illusory easy money is the daily agenda for hedge funds, traders and numerous private investors. People like to talk long term, but they invariably act short term.

Another factor exacerbating recency tendency and momentum seeking is “front running”, an ostensibly illegal action according to the 1933 Federal Securities Act. In front running, high frequency traders, hedge funds and others use high speed technology to essentially cut in front of other traders in the hope of getting a better price both buying and selling, which creates an additional urgency to engage in recency driven momentum action. Regulatory authorities have been unwilling or unable to do anything about front running, which is rampant in most financial markets.

When monitoring recency bias and momentum action in daily market activity, one can develop an envy of passive investors who pay no attention at all to daily market action and are indifferent to rapid changes in market sentiment, often keeping their investments for years without being influenced by short-termism.

Humans seem to be hard-wired to react to the short term, perhaps because in prehistoric times life was often brief, brutal and always dangerous. Long term planning and big picture prospective was of little use when daily survival was all that mattered. Anthropologists tell us our species has inhabited this earth for some 3 million years, with the last several thousand years of civilization comprising less than 1% of the time we’ve existed.  It seems we haven’t had enough time to unlearn our instinct toward short term thinking.

If it’s in our nature to succumb to recency bias, keeping this tendency in mind when watching insane sentiment swings in market prices can prove useful. That is of course, if you can manage to keep your composure when everyone else is freaking out.