Trade Tirade: Surgery With a Sledgehammer 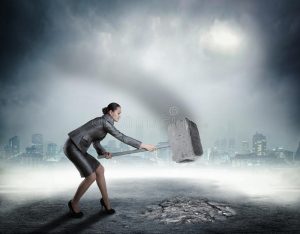 Trade War; it’s here. This year, the United States has summarily instituted numerous tariff actions against China the EU, Mexico and even Canada among others. President Trump’s  confrontational trade policies have intentionally upset a long standing world order, one that has fostered significant global economic growth for countless workers, business people, corporations and sovereign governments throughout the world. But why?

The Trump Administration’s position has been simple if not outright simplistic. Trump says that most international trade has been unfair to the US for decades, costing the US millions of jobs, industrial infrastructure and uncounted hundreds of billions of dollars. The problem with this big picture appraisal that it is mostly, but not entirely true. Since the late 1940s, going all the way back to The Marshall Plan, the US has all but subsidized much of the global economy, which has benefited workers, businesses, consumers and governments in dozens of foreign countries throughout the world.

The irony about Trump’s point that the US has in fact subsidized the growth of foreign economies at the expense of our own leaves out one vitally important fact: The US subsidy of much of the global economy was The Plan from the outset. And that plan, where the US subsidized an underdeveloped and largely impoverished world has worked out better than most anyone dreamed back in the 1960s, when Americans first started noticing manufacturing and jobs moving offshore. The result of global growth sponsored by US subsidy and sacrifice is that not only foreign countries have benefited, but so have Americans. The cost of innumerable goods made overseas has plummeted, making every manner of goods of all sorts much cheaper than had they been made domestically. It’s difficult to measure how much the US standard of living has gained via globalization, but the gains have been undeniably substantial.

But now all that is changing. China, which has for decades ruthlessly stolen all manner of valuable American intellectual property as matter of state policy, is now being held to account. China’s entire long term economic growth plan is built upon a foundation of IP theft, primarily US based technology and cultural products. A trade confrontation with China appears to be the most defensible, if not the riskiest portion of trade strategy, as the Chinese government is digging in for a long siege as a matter national pride and economic survival. A protracted game of tariffs and counter tariffs runs a high risk of triggering a global recession.

The US trade confrontation with Canada and the EU is much less rational. To be sure, Canada and the Europeans have long taken advantage of the US via a number of advantageous trade deals. But these deals were endorsed by the US government in previous years as beneficial for all, but now we’re abruptly changing our minds and thus torpedoing our closest and best allies.

The Trump trade policy is essentially performing surgery with a sledge hammer. International trade is so important, that a much needed course correction is best performed with cautious statecraft and without bullying. Angering Canada, Western Europe, Mexico and other important allies and neighbors offers little if any benefit and many hazards. China, while a different story diplomatically is a giant, nationalistic dragon that should not be so carelessly trifled with. There is a better way to do this.

Economic historians will reference the Smoot-Hawley Tariff act of 1930 as a primary example of how destructive tariff policy can be. More than any other factor, historians cite Smoot -Hawley as the most likely cause of The Great Depression of the 1930s.

President Trump says trade wars are “easy to win”. Really? Good luck finding one verifiable historical example of a clear winner and a clear loser in a trade war. Trade wars usually prove costly to everyone.

The current consensus on Wall Street as well as Main Street for that matter is that our trading partners will eventually crack and submit to US terms on revised trade. Let’s hope that consensus proves correct, otherwise the US and global economies may be in for some very difficult times that no one is expecting.