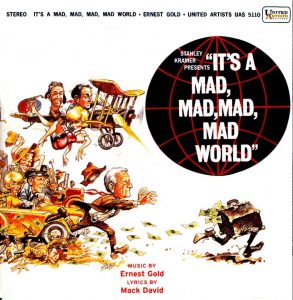 When people start talking about a new, quick and easy way to make big money, it becomes like a movie many of us have seen before. The particular movie that comes to mind in the case of Bitcoin and other digital currencies is “It’s a Mad Mad Mad Mad World, a 1963 comedy that epitomizes the idea of “madcap” probably more than any other movie in memory. In the film, around half of the entire Screen Actors Guild of 1963 chases after a stash of money buried in a secret location in Southern California, and predictably, it does not go very well for the various characters, who were depicted as wacky caricatures of money-crazed mid-century Americans.

Fast forward to the present, and the race is on again, and this time the treasure is in a new kind of money, or store of value, or new kind of commodity, or some such thing no one can quite explain. One thing is for sure at this point, Bitcoin  went up really, really fast in late 2017, all the way to around $20,000 per “coin”, and for a lot of people, that’s all that really matters.

Never mind about Bitcoin and other digital currencies having no intrinsic value, no government backing, no regulation, no exchangeability….that’s what people like about the whole thing. It’s a “people’s currency”.

To be fair, Blockchain, the technology that drives Bitcoin and other digital currencies, will likely emerge as a legitimate major innovation where transactions of virtually any type can be executed quickly in what seems like a secure architecture. Many financial and industrial institutions are already initiating involvement in  Blockchain enterprises, so we will see a lot more of Blockchain and digital tokens in the years to come.

It is not the innovation of Bitcoin, Blockchain and digital currencies that poses a financial problem at this stage, it is old fashioned human behavior, Mad Mad World behavior, where the financial hazard resides. When the get-rich quick crowd rushes in, financial danger invariably arrives with them.

The CBOE (Chicago Board Options Exchange), a venerable commodities trading venue, with roots going back to 19th century, is now trading Bitcoin futures, allowing for more liquidity, transparency, better price discovery and a lot more legitimacy for Bitcoin. Traders are also now able to sell short Bitcoin Contracts, betting against the digital currency, which in and of itself could prove quite interesting. The problem with actual commodities contracts for Bitcoin raises the question of counter-party risk, where traders who owe Bitcoins for contract delivery may not be able to deliver them, (since a maximum of 21 million Bitcoins will ever be issued according to Bitcoin advocates) which could cause a systemic financial problem and other nightmares not yet imagined.

Bitcoin’s soaring price topped out after its big run in December of 2017, as some Bitcoin holders exited their positions to take back their profit in regular money. But with underdeveloped markets, no regulation, no uniform price discovery mechanism and maybe no buyers at the moment of truth, Bitcoin and other tokens like it may become roach motels, death traps with no way out. People will look for someone to blame.

Sooner or later sovereign governments will likely attempt to regulate digital currencies, which would spell the end of Bitcoin’s first evolution. The free-wheeling anything goes Bitcoin market of today would be replaced with a quasi regulated commodity with much more integrity, but maybe less popular appeal. Bitcoin would then come of age, becoming what it is destined to be; another financial instrument in an ocean of the same. Digital currencies are here, and there is no going back. Someday, all money may be digital, so Bitcoin is no small thing, it’s just the opening round in an evolution that will emerge as vital to the future of all forms finance. Besides, it’s always been Mad Mad Mad Mad World anyway, hasn’t it?