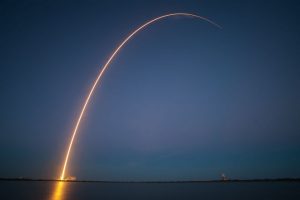 Financial markets continued to rally in the fourth quarter of 2017, as strong corporate earnings and continued economic growth here in the US and internationally drove positive sentiment and investor willingness to pay increasing prices for financial assets. Our investment results continue to be quite good, with our model portfolio again performing above baseline expectations.

No matter how strong markets seem at any one moment, we must remember that a sudden and sharp correction can happen at any time, especially now as the potential for legal actions against The President have come to the forefront. Risk is always a part of any investment scenario.

Aside from any news headlines, the current financial environment remains favorable, as economic growth is continuing here in the US, and also internationally. This is the first fully synchronized economic growth cycle since the 1990s, where most developed economies throughout the world are growing at the same time. Western Europe, China and India are all showing reasonably good economic growth. Even Japan, which had been stuck in a no-growth economy for over twenty years is now demonstrating real expansion. Here in the US, economic growth measured by GDP has now reached around 3%, the best performance in some time. The US employment situation remains positive so far as job availability is concerned, but wage growth remains sluggish and is emerging as the primary economic challenge for the US and the developed world. Many working people are often not keeping up with the cost of housing and health care, which is an ongoing economic and potentially a political problem.

Corporate earnings have been quite positive in recent quarters, which allows for some meaningful justification for rising stock prices. By any reasonable measure however, US stocks are rather expensive, but high prices are characteristic of positive market environments like this one; cheap asset prices are often associated with poor market environments; so it is no wonder asset prices seem expensive.

There can be many reasons cited for this extraordinarily positive environment, but one of note is the overall supply of quality equities has been reduced drastically in recent times by corporate share buy backs and private equity purchases. There is much less quality equity available now than 10 years ago and 20 years ago. For example, the old “Wilshire 5000” stock index is supposed to have 5,000 stocks in it, but has only around 3,600 as there are not 5,000 stock names to be had any longer.

Financial asset prices continue to rally despite a what appears to be a hazardous and often scary political and international security situation. Political polarization here in the US and Europe, a generally unpopular and often erratic President, threats from North Korea and other powers as well as other problems could easily justify a market decline, but stock prices have ignored these hazards and have just powered higher. Despite this dangerous and rather crazy current environment, it simply does not get much better than this for stock investors.

Looking toward 2018, we can only hope for a year as good as 2017 has been up until now, but it is rather unlikely that we will see a repeat of such consistent gains. Stretched valuations, interest rate dynamics and any number of known and unknown hazards can roll back assets prices severely as they have done many times in the past. This cautionary tone will likely be they primary theme as we look toward the coming year.