Bitcoin, Blockchain and The Brave New World of Money (Part 1) 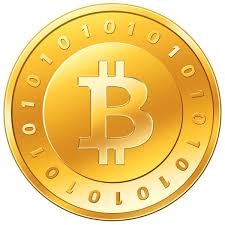 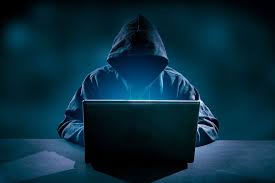 What is money anyway? The little realized secret about money is that it does not really exist in the actual universe. Money is only a construct of human perception, and therefore not even real. Money exists only in our heads, it does not exist in nature. Money is what we accept it to be. When currencies were represented by gold, silver and other metals, you can argue they were worth at least what the precious metals would bring in bullion, which does exist in the time-space universe, but the monetary value attached to those metals would also be imaginary.

Most money today is in the form of fiat currency, which does not refer to an Italian car brand, but money created by the arbitrary monetary powers of sovereign governments. There is as much money in any one country as the sovereign central bank says there is. And it is this type of money by government decree that opens the door to alternate forms of money. In the past, alternate money was precious metals, diamonds and other tangible goods, but now in the 21st century, there is another way to think of what money can be.

Enter Bitcoin, Ethereum, and now many others. A new kind of money. Digital currencies, a peer to peer online monetary system that answers to no one. A currency that not is subject to the reach or arbitrary authority of sovereign governments or central banks. A currency system totally free of the heavy hand of The Man.

There has always been a significant portion of the population of the US and other countries that do not trust, and even hate the whole idea of fiat currencies. To them, fiat currencies are just evil. And it is this group, among several others that are rapidly embracing digital money.

The current craze with digital currencies, with Bitcoin leading the charge, is creating a somewhat overheated and excited trading environment involving a wide variety of people from various walks of life. Among some of the primary population groups trading Bitcoin and other “crypto-currencies” are numerous hackers, criminals, assorted nut-jobs and even some terrorist groups. The privacy digital currencies appear to offer appeals to both the honest citizen who wishes to hold non-sovereign money, as well as numerous nefarious players who require stealth in order to conduct their affairs. This privacy was up until recently facilitated with briefcases filled with $100 bills; the stuff of novels and movies; but no more.

Wikipedia, the source of all knowledge for the lazy and impatient (like me), describes Blockchain as:

“a continuously growing list of records, called blocks, which are linked and secured using cryptography.  Each block typically contains a hash pointer as a link to a previous block, a timestamp and transaction data. By design, blockchains are inherently resistant to modification of the data. A blockchain can serve as an open, distributed ledger that can record transactions between two parties efficiently and in a verifiable and permanent way”

The history of how Blockchain was devised is a bit blurry and characteristically mysterious. First attributed to a Japanese developer named Satoshi Nakamoto, it is currently believed that no such person exists, but is a pseudo name adopted by a group of originators back in the 2008 period [1], when conventional international markets were experiencing a massive financial upheaval.

Blockchain, much more than Bitcoin or any of the digital currencies, is the real phenomenon of global consequence to keep an eye on . Although it may well be likely that in twenty five or fifty years from now, all money will be digital, the big picture prospective suggests that Blockchain and its evolution in years to come is the real story to watch.

More on Blockchain, Bitcoin and the revolution in digital enterprise in the next installment of this series of articles.