Elon Musk: Profits Mean Nothing to the Overlord of Future Tech 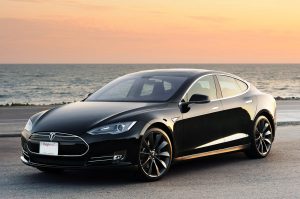 You can ask entrepreneur and technology pioneer Elon Musk just about anything regarding his being the driving force behind huge leaps in progress in a variety of fascinating endeavors in recent years, but financial profit is apparently, not one of them. From Tesla to Space X, and Solar City to his past success at Pay Pal, Elon Musk has demonstrated that major advances in world-changing technology can be made to look almost easy. But bottom line profit? Merely a troublesome distraction he sees as secondary to the greater mission of technological progress.

There is no overstating how much Elon Musk’s enterprises have pushed technology forward in a manner thought not possible only around a decade or two ago. In particular, Space-X has all but reinvented orbital and launch technology to a degree that makes NASA look like it’s stuck in the 20th century. While NASA appears to be attempting to eventually regain a manned orbital capability with what looks like a larger, updated, very expensive and very delayed version of Apollo called “Orion”, Space-X has already been routinely launching its no nonsense, reusable Dragon series vehicles into orbit while demonstrating how its reusable Falcon rocket boosters come back to Earth firing retro rockets and gently landing on their feet precisely on target science-fiction style.

Meanwhile, Tesla is producing some of the most high quality, exciting, desirable (and fast) cars ever made, making the Detroit Big Three motor companies and even some of their Japanese and European competitors look much the same as NASA, revered technology and industrial institutions that by comparison, seem stuck in the last century.

Elon Musk and his enterprises have all but reinvented the vision of what travel and energy technology should look like, but making money does not seem to be part of his immediate plan. The pesky prerogative of profit that is usually so much on the mind of the captains of free enterprise is seemingly absent from the Elon Musk agenda. Tesla, a publicly traded company is set to lose $4.68 a share in 2017, and is expected to lose $6.17 in 2018. There is no telling how much Space-X loses, but published estimates show the privately held company has been losing money for at least the last several quarters but hopes to break even in 2018.

Profit is just not an issue for Elon Musk. Institutional investors still seem eager to pour more big money into his  endeavors whenever he needs it, as Tesla proved with repeated equity and debt financing in recent quarters. Buying an interest in some of the most exciting technological enterprises in the modern era is enough to entice ever more investors, at least for now.

There are numerous money-losing companies that are available for investment on any given day, but the leaders of most of those need to make excuses (such as blaming weather, distraction or politics) and must promise profit soon in order to keep investors on board, but Elon Musk and his companies are the notable exception. Elon gives investors, and everyone else for that matter, a look at a future that is efficient, green, optimistic, stylish and exciting, and with no excuses.

What is so interesting about Elon Musk’s companies is his own intuition about  the perceived value of pushing technology forward in big jumps and with elegance. Profit need not be there for some considerable time as investors continue to be paid with excitement and wonder. To him, progress, not profit, is the ultimate product. This particular notion is also reinventing the perception of what enterprise should be about. It was once thought the profit motive was paramount; but Elon Musk is proving otherwise.