Dividend Dilemma Pt 3 How Two Telecom Dogs Can Pay Off 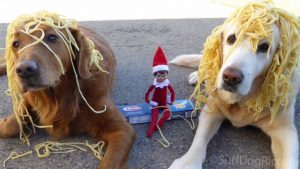 If you like earning dividends and making occasional capital gains in order to assemble a total return, you may wish to take a long look at two of the biggest, most important yet most unloved stocks anywhere in the financial markets.

These two companies pay dividends in the 5% annual range, and are known to regularly increase dividend payments over time. They are the primary providers of one of the most vital and indispensible services in modern times, and have a near duopoly on the entire US market. Together they gross over $280 Billion in annual revenues and net some $25 Billion a year in profits. Yet these  two stocks are total dogs; perennial underperformers. And what is this duo of dogs that no one wants to buy?

Both ATT& Verizon are chronic stock market laggards, seen as stodgy utilities with no growth prospects.  Yet managed correctly, these two stocks can offer above average total returns, strong current income and a chance to beat the market at its own game.

Without going into too much tactical detail, we’ll just call this the “Telecom-2 Layer Cake” strategy. (Assume both layers are 50% of your investment to make this an easy example) One layer is a long term strategic position meant to be held onto and to collect annual dividends of 5%, which is  more than twice the interest rate offered by 10 year T-Notes as of late May 2017. The second layer is the tactical portion, which is purchased when ATT and Verizon, (which often trade in unison) are at the low end of their trading ranges. In recent times, ATT’s interim low was around $36.50, while Verizon’s was around $44.50. The tactical “top layer” is meant to be sold or reduced when/if these two telecom dogs trade nearer their highs, around $44 for ATT and $55 for Verizon.

Keep doing this year in and year out and you may derive a very respectable total return . It’s one example of an easy game in an expensive environment.

In addition, the intrinsic value and stickiness of AT&T and Verizon’s services should not be underestimated. It’s common knowledge that most people have become so attached and so dependent on their smart phones  that they literally say they would rather go hungry than give up their phones.

Some analysts and other detractors like to point out that there is little or no revenue growth for these two telecom giants. They also point to lost subscribers to their competition, upstarts T-Mobile and Sprint.

T-Mobile has some slick marketing aimed at the millennial generation, those customers that want the cheapest (and least profitable) deals and have the smallest buying power. ATT& Verizon own the vast majority of baby-boomer customers who have the most extra cash for added services and are often willing to pay for more than one phone.

These two telecoms are also diversifying into “content”, which is Wall Street jargon for entertainment media and online data products. AT&T already owns DirecTV and is now purchasing media giant Time-Warner, while Verizon is purchasing the much junkier but much cheaper Yahoo!. Verizon will probably need to make some other strategic acquisitions to keep up, but is a bit low on cash, so any big transaction would be rather dilutive in either debt, newly issued stock or both. Nonetheless, both of these telecom giants are thinking in terms of their role in the future and not just the present.

Many analysts love to hate AT&T and Verizon because of their small revenue growth and sluggish stock action, but recently one firm cleverly signaled a buy on AT&T and Verizon when the stocks were near their cyclical lows.

AT&T and Verizon pay dividends big enough to reinvest in growth stocks such as Amazon and Netflix, where your cost for a few shares of these fast moving growth companies would be zero. So ATT & Verizon pay enough cash dividends to buy you the growth these two do not have on their own. All paid for by dividends from a pair of telecom dogs everyone loves to hate.