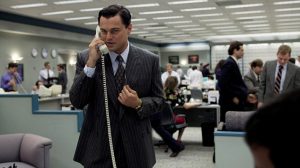 Among the more annoying and often insipid aspects of watching the day to day action on Wall Street is listening to the never-ending and often counterproductive stock calls made by equity analysts working for various publicity-seeking brokerage firms.

First, before berating analyst stock ratings, it would pay to establish exactly how the analyst game works. “Sell-side” analysts who work for brokerage firms, (as opposed to “buy-side” analysts who work for mutual funds, money managers and hedge funds) analyze and rate certain public companies who are  more or less obliged to interact with them as part of their SEC disclosure and compliance obligations.

The purpose of sell-side analysts in general is not to help you with your investment selections, though their bosses would like you to believe that if you are so inclined. Their primary role is to garner favorable publicity for their firms, so that institutional investors might be impressed enough to do some profitable brokerage and investment banking business with them. Analysts constantly (and boringly) appear on financial media posing as sophisticated and eloquent representatives of their employing firms.

Sell side analysts can often do good quality analytical work, assessing company business conditions, revenue trends and producing earnings estimates. A consensus of analyst earnings estimates may potentially prove quite valuable to both public and professional investors, who can use these to estimate the future ball park value of company stocks.

But it is the analyst buy, hold or sell ratings on stocks that can often cause a problem for investors. In the course of rating the stocks they follow in their respective industry groups, (which analysts absurdly refer to as their “universe”) they tend to frequently follow recent price trends and rate stocks on current performance and overall popularity (or unpopularity) rather than appraised investment value derived by empirical analysis.

For example, in mid 2016 Apple’s stock was underperforming, trading as low as $91 a share. Analysts cited at that time what they assumed were slowing iPhone sales trends and referenced “channel checks”, overrated surveys of parts supplier’s orders from Apple. It became fashionable among analysts to speak negatively about Apple, and to repeat the mantra of the moment, that “Apple’s best days are behind it” and “Apple is just a another consumer products company”. Apple’s stock was cheap by any measure at $91, with immense cash reserves of over $200 billion, massive, growing earnings and a globally adored brand name that competitors could only envy. Apple analysts went out of their way to discourage purchase of the stock at low levels, attempting to outdo each other in their negativity. By March of 2017, Apple’s stock traded at $140, a 53% gain from the lows when it was being disparaged by analysts. There are countless other examples of this type of analyst behavior in covering every industry group in every kind of market environment.

Sell side analysts also make the same kind of mistake in the opposite direction, hopping onto the bandwagon of an expensive, rising stock when it is popular with investors. Eager to place their name (and that of their firm) next to a big winner, they endorse purchase only after the stock has run up a long way, with most of the best profits behind it. Much of the time this over enthusiasm for a hot name results in sizable losses for investors who bought high and ultimately sold low following the buy recommendations of over-excited sell side analysts.

Of course, sometimes sell side analysts get it right and recommend stocks that are a correct buy at the time of recommendation, resulting in profits for those who acted on their calls.  But their overall batting average is rather low, as one analyst famously said that if you’re getting it right 30% of the time, you’re doing well. This sounds reasonable in analyst-speak, but to the rest of us, 30% correct calls in stock picking will eventually result in consistent net losses.

Investors need to understand that sell-side analysts can do some valuable work that can offer insight  into the potential future value of stocks, but need to separate the analytical work from analyst buy or sell ratings which for reasons explained above, can often yield poor results. It takes considerable discipline to use analyst research as a reference tool while ignoring their particular ratings on the stocks they follow, though this approach appears to be a preferred method when using sell-side stock analysis.