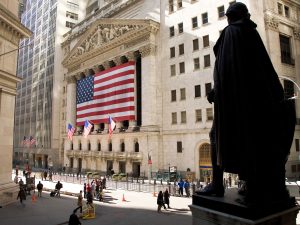 Global financial markets rallied sharply from the November 2016 period into the first quarter of 2017. Investors bought stocks and most bond assets with considerable enthusiasm in anticipation of major tax reform, enhanced infrastructure spending and a general improvement in global economic conditions. Business confidence is improving markedly for the first time in several years, a significant positive for the economy and financial markets. This recent advance has already increased the value of our holdings and has given us a nice head start for strong returns for 2017, but it is still very early in the year, and a number of potential financial, political and other unforeseen hazards could change the direction of asset prices.

Looking at the actual metrics of financial markets, stock prices are high by virtually any rational measurement. Corporate earnings have been flat for the past two years, but now seem to be recovering. An earnings gain of some 11% for the S&P 500 is expected, which could account for some of the market’s strength, but even if these earnings deliver as hoped, (which is not a certainty) the S&P 500 P/E ratio would still be around 18, a rather high valuation. Bond prices are also quite high, even as The Federal Reserve is anticipating further increases in short term interest rates. Strong price uptrends like this one have a history of lasting a long time, so it may be too soon to predict an impending top in asset prices.

There is no telling what financial markets might have done had Hillary Clinton won the Presidency, but so far, markets have given Donald Trump a vote of confidence. Actually delivering on major tax reform, infrastructure spending, a new health care program and other promises would require the full cooperation of Congress, which The President currently should not expect. Markets have already priced in success for many of these initiatives, but the chances of them actually coming to pass this year are rather slim.Therefore, the probability of an eventual major disappointment for markets is increasing.

The US economy is generally showing signs of improvement. Employment is fairly strong in most regions, but productivity and industrial production are still rather soft. Wage growth is still weak, though some improvement there is expected. Real estate prices are strong in many parts of the US and key global regions, with California on the forefront of valuation gains. This factor increases the perception of “wealth effect” for many property owners. Prospects for economic growth are improving both for the US and globally, which is a positive at least for now. Both the Europe and Asia economic zones are beginning to display a general upward trend in growth, so the market’s recent rally is not without fundamental support. But markets have already priced in more than the nascent added growth we’re now experiencing, which should direct us toward a more reserved market position for the time being.

Is a Correction Coming?

Stock markets usually experience a correction of around 5% at least twice a year, and a correction of around 10% once a year, so any significant additions of investment positions at the present may be premature. If markets correct downward at some point this year as expected, we will look to add selected blue chip quality stocks and index ETFs as well as one particular mutual fund as valuations will allow. If stock prices continue upward or level off, we may wish to take profits on some positions in the near term.

Incremental profit taking is among the most prudent and productive actions long term oriented investors can take.

Overall, recent investment results have been quite good, but many potential hazards remain ahead of us. Major political changes here in the US and possibly in Europe later this year can make the investment landscape more challenging in the months to come. Other unanticipated international and domestic news events may also mark down asset prices sharply at some point, so we should remain vigilant.

Our investment policy remains in place; we will maintain the discipline of our conservative portfolio strategy (Dividend Power®) holding highest quality assets, collecting cash dividends and other income while awaiting opportunities.

Please call me with your questions and comments. As always, I will keep you informed.