The Buy of Phi; or Owning Your Own Motivation… 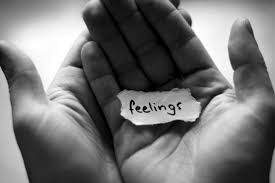 There is this new idea floating around some circles of the investment culture that has more to do with feelings and motivation than just what thing you can buy in the markets that’s going to make you the most money or pay the best rate of return. For many years now, the Classic Greek alphabet has been partially hijacked by Wall Street jargon mongers to describe a variety of factors. “Alpha” describes rates of return that exceed a benchmark, like the S&P 500. “Beta” is a measurement of volatility versus the same benchmark. “Delta”, besides being a big  publicly traded airline, describes the ratio of change of the value of a derivative versus the underlying actual asset. Bored yet?

Ah, but then there is “Phi”.  This one is totally different. Phi is about feelings; about what motivates you.

Phi measures the depth of purpose and passion investors and their investment managers feel when engaging in the complicated and often perplexing investment enterprise.

In a New York Times article published on October 28, 2016, Phi was described by Suzanne Duncan of State Street’s Center for Applied Research, who, along with the CFA Institute came up with the concept of Phi, and with it some interesting observations about our deeper motivations within the investment process.

From the NY Times article:

To score high on phi, Ms. Duncan said, people need to have a deeper sense of purpose in what they are doing, whatever the job. “It’s not about outperforming markets or peers, and it’s not an asset-gathering measure of performance,” she said.

Phi is about passion; it’s about the depth of feelings you have for what it is you’re doing. And, as with many such new phenomena, there is a scoring system. This is where demonstrating your Phi power can get a bit tricky.

If you like your job because you make good money and like the people you work with, that does not score too well on the Phi-onometer. If however, you love what you do because of what it accomplishes for society and the act of the work itself gives you a certain sense of joy, you score well on Phi.

In assembling investment portfolios, Suzanne Duncan says that Phi is about replacing the market based motive with the greater “purpose motive”, which may have little or nothing to do with how much money it makes you. It has more to do with its role in the greater world, which is hopefully constructive and valuable to the society and greater community.

So in practical terms, exactly how do we measure the Phi of our investment holdings? Say you own Proctor & Gamble, a legendary American brand. Feeling a lot of passion for Tide detergent, Gillette razor blades and hundreds of other P&G products? How about Microsoft? Getting a warm fuzzy feeling of Phi about Windows 10 or Cloud computing? Yet these two names are cornerstone holdings for many investors. Low on Phi, but high on investment value.

Some other well known investments can however give you some pretty good Phi. Whole Foods, whose stock has been a laggard in recent times, can offer investors some nice Phi, of not immediate profits. First Solar, a leader in solar energy systems is down more than 50% since March 2016, also has some pretty good Phi potential. But there are winners in the Phi category as well. Disney, whose more wholesome brand of entertainment has proven to be a fine investment over time, probably scores pretty good on Phi.

So the whole business of balancing Phi with the more conventional and cold blooded motive of making as much money as you can, given the risk you’re willing to take can be a bit perplexing, but the Phi concept is certainly a valid calculation in an environment where purpose and passion are an increasingly important priority.