TNT: The New Time and the Trump Economy 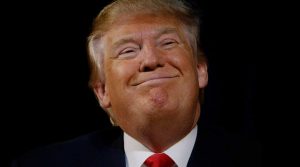 Now that we are finally past the bruising election campaign of 2016, we seem to have at least some idea of the flavor of economic policy as we head into the latter part of this decade. During the Obama administration, the US saw a slow, gradual and often frustrating recovery. Unemployment, financial markets and the overall economic well being of most of the nation healed quite well during the Obama years following the Great Recession of 2008, yet it never felt good; things always seemed somehow inadequate and deeply unsatisfying. No matter how positive the direction of the economy actually was during the Obama administration, there was a constant, palpable feeling of discontent; even among some of Obama’s many supporters. And there, among other places, resided the political opportunity for Donald Trump.

What will the US economy look like under a Donald Trump presidency? The notable unpredictability and frequent capriciousness of the President-Elect may be less of an unknown that is currently thought. Trump clearly wants to expand the US economy with a Reagan-era style reflation, borrowing heavily to finance badly needed infrastructure upgrades, while using his well known talent for bullying to convince trading partners into better terms for the US. Though American and global demographics are very different now from the 1980s Reagan era, Trump’s plans for tax cuts, fiscal stimulus and less regulation on banks, pharmaceuticals, petroleum, coal and other industries that were under such heavy scrutiny and regulation during the Obama years may actually boost the US economy, at least for a while.

How the new administration’s policies will affect the society as a whole is difficult to predict, as any number of unforeseen consequences of reflationary stimulus and anti-globalism policy can result; not the least of which are significantly higher interest rates than we’ve seen in many years. And it this particular risk of rapidly rising interest rates that investors need to watch carefully.

Literally tens of Trillions of dollars are invested globally in bond and bond-like assets that have been acquired over the last several years as interest rates have plunged to low levels not seen in decades and even centuries in some cases. A very accommodative Federal Reserve interest rate policy, a slow economy, deflationary globalization and negligible inflation has obliged institutional asset managers and individual investors to pay virtually any price (and accept minimal yields) on a variety of fixed income (bond-like) assets, which are now highly vulnerable to a rout in bonds brought on by a rapid rise in interest rates, as inflationary expectations can spike due to a Trump reflation plan.

Investors owning bonds and bond funds should take notice; too many of them wrongly assume bonds are very safe and cannot lose value. Any meaningful rise in inflationary expectation can slash the value of bonds and bond funds, causing safe money investors to sustain unexpected losses while financial markets can be buffeted by the cross currents of interest rate increases, which in truth, would only get us back to what passes for normal interest rates.

We are in a New Time now; one that offers a variety of dangers but also significant opportunities. We will need to prepare for both.