The Stupidest Trade of All Time and The Next Financial Crisis: 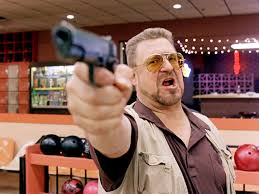 Imagine I offered you this investment deal: I’m going to sell you an investment that guarantees you will lose money, pay an expensive price and on top of that you’ll need to pay me a commission to buy it. Not a very attractive investment proposition, is it? Yet this type of deal is what international investment managers are rushing into every day, paying literally Tens of Billions of dollars, some of it private investor pension money, to buy negative yielding bonds.

In order to try to spur economic growth and capital investment, some central banks in Europe, Asia and other places (but not in the US as yet) have pushed short term interest rates into negative values. In some key countries, such as Switzerland, Denmark, Japan, Sweden, interest rates on certain government bonds yield less than zero, which means the investor has to pay interest to own the bond, inverting the entire premise of why anyone should ever own a bond in the first place.

Economic growth in Western Europe, Japan, Switzerland and some other wealthy countries has been very slow for several years now, and central bankers in those countries took their cue from the US Federal Reserve, which dropped short term interest rates to near (but above) zero in 2008 in the hope of spurring US economic growth. In the years that followed, the US economy recovered, though at a rather slow pace. The US is seen as a comparative success story in these zero growth economies, so central bankers there decided to outdo the US Fed and force interest rates into negative territory, penalizing investors and savers for holding on to their money instead of spending or investing it .

So why are hedge funds, investment managers and traders buying these counter intuitive, guaranteed to lose money bonds? Because they argue, they’re betting that interest rates in these countries will go even more negative, allowing them a shot at a very small marginal gain on their negative rate bonds in the very short term, that is if they manage to sell them to the next greater fool quickly enough.

This simply has to be The Stupidest Trade Of All Time, and can end up causing yet another financial calamity, the scope of which cannot be properly quantified.

Why do well educated, supposedly sophisticated investment managers, hedge fund operators, bankers and others in charge of everyone’s money make stupid trades like buying negative interest bonds?  Well, to put it simply, it’s their job. Their bosses are so desperate for extra profits to please shareholders and Wall St. analysis, that they engage in reckless trades like the negative interest bond buy in order to have a shot at a small short term gain, betting, as they all are wont to do, on current short term momentum to bail them out.

Let’s hope that the massive global negative rate bond trade unwinds in slow motion, where traders, hedge funds and other buyers of those absurd negative interest rate bonds get out of their positions with only small losses and move on, but if the past behavior of these so called “professionals” tells us anything, that may be too much to wish for.