Finding The Fountain of Youth Through “Age Reassignment” 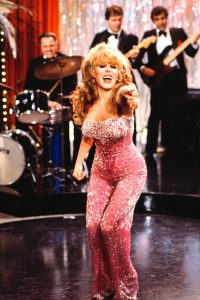 This Article Was Published in The New York Daily News on September 6, 2016:
http://www.nydailynews.com/life-style/finding-fountain-youth-age-reassignment-

Let’s face it, people have been lying about their age from time immemorial. Teenagers routinely use fake IDs to buy liquor, and we’ve all heard of the stories of patriotic adolescent soldiers overstating their age to serve their country. But for most of us over forty, we often lie about our age because of vanity and a very natural fear of becoming old.

But today, we live in a time of “Reassignments”. You can even get a gender reassignment. So why not an age reassignment? Decades ago, comedian Jack Benny quoted his age at “thirty-nine” for nearly half a century, but he was only joking. But the notion of legally changing your age is not without precedent. Enter one María del Rosario Mercedes Pilar Martínez Molina Baeza, or as TV audiences in the 1970s and ’80s knew her: Charo. She, it turns out, is the original pioneer of age reassignment.

Born in Murcia, Spain most likely in 1941, Charo petitioned a Nevada court in 1977 to legally change her year of birth to 1951, arguing that under the Spanish regime of Fascist dictator Francisco Franco, birth records were poorly administered and that her true date of birth was really 1951 [1]. Her new legal date of birth proved somewhat controversial, as Charo married band leader Xavier Cugat in 1966, which would have made her a highly improbable fifteen year old bride. No matter, the door to age reassignment was audaciously broken down by Charo nearly forty years ago. So now we too can have an age reassignment.

It’s not just lying about your age to others, that’s old hat. It’s about convincing yourself that you can actually be younger by thinking it to be so.  As French philosopher Rene Descartes said: “cogito ergo sum”  (“I think therefore I am”), so we even have classical philosophy replete with Latin words to give some intellectual and historical credibility to this notion of “I am younger because I believe I am”.

To reassign your age by say, ten years, you’ll need to be physically able to appear and feel younger, so not everyone can do this. You’ll need to be in generally good health to begin with. We’ve all repeatedly heard of the benefits of a clean, non junk food diet and frequent exercise. The importance of a cleaned-up, vegetable-dominant diet cannot be overstated, but nutrition and exercise specifics are beyond the scope of this article. (Consult competent medical authorities for more on the health aspects of extending life) The point is you must scrupulously and vigorously take care of your health in order to make an age reassignment work in day to day living.

But even if you succeed in cleaning up your diet and exercising yourself into feeling and looking younger, there is the serious matter of Social Security, Medicare and other government benefits to deal with. Here are some recommendations for successful Age Reassignment:

1-Dual Age Status: Think in terms two stated ages, one is  your “Administrative Age”, (your actual biological  and legal age) and your younger “Reassigned Age” as two separate age classifications. This will keep your Social Security, Medicare, pension and other benefits coming to you at the proper time. Avoid trying to change your age legally as Charo did, as this can jeopardize the legal status of your benefits.

2-Health: As stated above, cleaning up your diet and frequent cardio vascular exercise can make you feel and look younger. This takes a lot of work and will power, but medial authorities confirm it can roll back your biological clock at least to some extent. [2]

3-Make sure your family, friends and other connections understand what you’re doing; it’s not just lying about your age, you are trying to feel and look younger by vigorously taking care of your health and  trying to live longer.  Explain what you’re trying to do and ask for their support.

Given that life expectancy continues to inch ever higher, you can commit yourself to ten extra years by taking seriously the difficult but worthwhile business of Age Reassignment. More on this topic to follow.