The Onslaught of Buzzwords and the Torture of Language 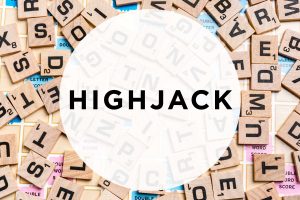 Recently, the CEO of a major casual restaurant company appearing on a popular financial TV show repeatedly referred to the company’s customers as “guests”.  A “guest”, according to our previous understanding of the word, is someone who receives hospitality from a “host” without charge, and is given this hospitality due to a social, familial or other human relationship. But now, paying customers are referred to as “guests”, even though they pay for what they get. A customer, by the old definition, is not a guest, since a customer ostensibly has a certain power over the purveyor, namely the potential to provide or withhold repeat business, enhancement or degradation of business reputation and of course providing profit for the purveyor. A guest, by the traditional definition, has none of these powers, and is at the behest of the host. But in today’s business, media and political environment, words are twisted into semantic pretzels, where one thing now means another.

The twisting of the “guest” word likely originated at Wal-Mart, which long ago decided that their customers were “guests”. But Wal-Mart is only one of countless businesses that now torture our once Grand Old English Language into linguistic mush, where taking one word or phrase and attempting to doll it up into something else is supposed to make some sort of big marketing or PR impact. But mostly, it just makes these language-torturing companies look cynical and  less than straightforward.

Some other popular words and phrases routinely hijacked by various corporations, politicians and others are for example: “empowerment” which has a distinctly politically correct sound to it, or “bespoke”, which used to mean a nice custom made English suit, but now means I’m not sure what, or “disrupt” which used to be a bad thing, but is now apparently a good thing, or “cutting edge” which used to refer to cutlery, but now means new technology, or one big one: “World Class”, which, let’s face it, has never meant anything.

These and other examples of the misuse of language in advertising and other communications are the result of a deliberate altering of our language in an attempt to use the nuance in words to create an impression, often a false one. Straight talk is considered rather out of bounds, as the misuse of words has become something of an arms race, where corporations, politicians, charlatans, bloggers and other noise makers feel there is no choice but to out-platitude the other guy, lest you are left behind speaking clearly, which no one can afford at this point, or so goes the current thinking.

So now we are left to listen to an ongoing corporate and political monologue of tiresome buzzwords such as ” synergy” and “low-hanging fruit”, “holistic”, mission critical”, game-changer, “outside the box”, and one of the newest ones, “big data”. How we arrived at a place where such words and phrases are considered so important can be left to social scientists, but get ready for more, because the urge to keep saying them won’t stop anytime soon.