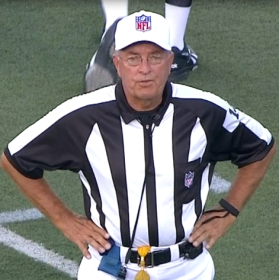 In American football, “Offside” is defined as “a foul in which a player is on the wrong side of the line of scrimmage when the ball is snapped”.  In financial investing, “Offside” is when investors do a lot of one thing either out of an excess of fear or greed, and markets promptly do exactly the opposite, stranding investors with either too much or too little risk. This is exactly what happened to many private and professional investors in the first quarter of 2016.

Back in August of 2015, global financial markets suffered a temporary rout as crude oil prices dropped and the Shanghai stock market experienced a slow motion crash. A global growth scare followed, as investors assumed a “hard landing” in the all-important China economy, which could, according to numerous analysts, cause a global recession. Investors were scared out of some of their positions, but markets recovered nicely in November and risk was put back on by hedge funds, institutional investors and some of the public as well.

But then in late November crude oil proceeded downward with some considerable urgency, dropping from around $50 for “WTI” (West Texas Intermediate) to around $40 in late December. Traders had arbitrarily decided at some point earlier that crude oil prices were the only measurement of global growth they cared about. To them, the rout in crude oil and other commodities were signaling global recession. In January of 2016, crude oil prices dropped quickly, from $41 for WTI to around $27 almost in a straight line. Traders panicked, dumping not only sellable risk but even some core holdings meant to be held long term. A global recession was assumed as already underway, and a recession in the US was expected. Economic indicators were indeed reporting slower growth in the US, as the energy exploration sector that had provided so much of US GDP growth since 2010 was now going backward. Investors who sold found cover hiding in cash.

Crude Oil bottomed in early February. Markets, especially for stocks and low grade bonds  were sold out; as everyone who was willing to sell had done so. Crude oil then bounced off of the lows it made in February and began a sharp recovery that would take WTI to $41 by mid March, nailing to the wall short sellers that were convinced that crude oil was “going to be a teenager” and that the global economy was doomed. So big was the bet on a continuity of the crude oil crash that short sellers could not buy enough oil contracts to get even on their bets and powered WTI and Brent higher. Meanwhile, stock prices advanced sharply, making up for most or all of the ground lost in the clobbering of early January. Investors were left to watch what they had recently sold at distressed prices suddenly rocket upward.

And then, the imaginary referee’s whistle blew. The ref placed his hands on his hips and then pointed to the markets madding crowd: “Offside!” was the call. Getting stuck on the sidelines while prices roared back upward was the penalty.

So those of us that were a bit too defensive in January are now left to feel like suckers, which is, after all,  what the market is meant to do to us.

The many risks markets reacted to in January and February, namely global slowdown, the worst looking US election in memory as well as a number of other hazards are still present, while investors now look for a buying opportunity; one they hope will not make them feel like suckers a second time this year.