In recent weeks we’ve seen increasing evidence that many important global economies are either already in recession or heading in that direction. China, the largest and 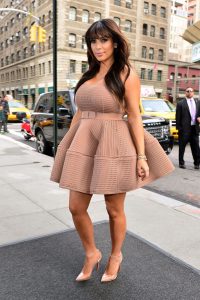 most important of the non US international economies seems to be growing more slowly at best, while Brazil, Russia, Canada and other important economies are clearly in recessionary territory. The US economy still seems to be growing, with strength in multifamily housing, auto manufacture and biotechnology leading the way.

Western Europe, which had been suffering through a very long and difficult recovery after the 2008 crisis has been reporting better figures, especially from the troubled economies of Spain, Italy, Portugal and Ireland, which are all reporting better results of late, but the current migrant crisis may cause a more negative outlook from Europe to develop in the coming months.

The global slowdown is the result of a massive capacity overreach, where excess production of a variety of commodities from energy, metals and other goods is no longer being hoarded by China and other powers. The world has simply been too good at producing everything from crude oil to copper, and now there are too few buyers of all of those things. This has caused the producers of commodities around the world to slow production due to oversupply; a classic inventory buildup which is often the cause of recessions, but this time it is global in nature.

In response to this negative news, stock prices around the world have pulled back sharply, resulting the most serious correction since 2011.

Back in May of this year, US stock prices were trading at near an 18 price earnings ratio, expensive by any measurement. Now that ratio is around 16, closer to the perceived 15 historical fair value average, but still not cheap. The current stock decline is likely not over and can result in further losses to stock indexes before a bottom is realized.

The Federal Reserve chose not to raise its target for short term interest rates last week, and markets responded with more selling. There is now a veritable Tower of Babel about Fed policy daily on financial media, leading to even more confusion. The excessive and often insipid rhetoric about The Fed is best ignored for now; just assume a Fed rate increase is expected sometime in the next few months.

Which brings us to Kim Kardashian. What does this questionable celebrity have to do with financial markets suddenly turning from greed to fear, a risk of global recession, falling stock prices and the Federal Reserve? Nothing at all, as she is indifferent to all of these things, which may be a demonstration of the best policy to adopt in navigating this suddenly negative economic environment. There is little incentive to over react to what seems to be a deteriorating international economy and stock prices which are rapidly being reeled back down to more realistic levels. To sell quality assets wholesale in reaction to recent news has proven to be a mistake in the past, while deploying cash now to buy at these levels while prices are still falling may also prove unwise. No other similarity with Kim Kardashian is currently recommended.

The interim strategy is to remain invested and expect more turbulence before a intermediate term bottom is established. If seasonal patterns hold true as they have done in previous years, sharp declines are to be expected in the August-September time frame, which suggests we can look toward a stronger and more positive close to the year beginning in late October.