In the recent grim days of late August leading into September of 2015, the often frantic, caffeine-driven rhetoric on Financial TV progressed from the “healthy correction” 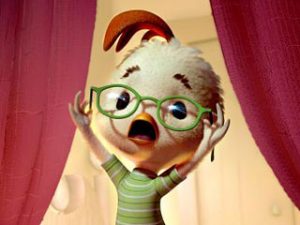 narrative on August 14th to the very gloomy “Bear Market” talk on September 1st, shifting from the sanguine to the alarmed all in a matter of only a handful of days. Never in the last several years has the mood of the babbling chorus of market sentiment deteriorated so quickly. What happened?

The inexorable tidal forces of markets are what happened; US stock prices had levitated at something around 10% or more above the historical fair value level of 15-16 P/E (price-earnings ratio) to a rather bloated 17.8 P/E by early May of 2015; all while corporate earnings, and more importantly, top line revenues inched backward. When revenues and earnings are growing, an expanding P/E can be excused; but when the meat and potatoes of what you’re buying goes backward while the price is still going up, all that was needed was a catalyst to uncork an alarming downward cascade. And the catalyst? China. And also the crash in oil prices. Add to that continued worries about the Fed raising interest rates at the wrong time, and you had the recipe for “the correction” so many of us had been calling for.

It seems that China, the largest mass buyer of commodities on earth, whose GDP growth rate was once an astounding 12%, and then 10% was now growing at maybe 7% or maybe just 4%. Maybe it was going into recession, but we cannot know for sure, because the Chinese authorities do not seem particularly interested in economic transparency. Add to that the recent crash in the Shanghai stock market, which had been pumped up some 130% by the Communist Party and its many state organs playing cheerleader all the way up, and the subsequent bungled attempt at stabilizing markets with mass purchases of junk stock, and some chilling arrests of traders and journalists, and you get the picture.

China’s declining commodities demand, along with massive US and global oil production has caused a crash in petroleum prices, along with some other key commodities such as copper and steel as excess supplies increased. All the while, Federal Reserve regional governors spoke constantly about raising interest rates.

Declarations of global recession and bear markets by TV talking heads and Chicken-Littles notwithstanding, the way forward remains the same: Think long term, no panic, hold quality, stay the course and so on. This intrepid strategy has been successful for decades, and remains the preferred, Warren Buffett approved policy. In late 2011, only a few weeks after a devastating 17% swoon in stock prices, markets recovered to make new highs by year end as markets cleared weak holders and background narrative calmed down. The same was true for the 1998 Russian default decline, as well as the sharp 9% Ebola scare drop in October of 2014. Though the road ahead can remain quite turbulent for a while longer and prices may not have seen their lows as yet, the best opportunities to add to invested positions may be directly ahead, perhaps in a matter of days.