The Power of Addition by Subtraction

In a financial world where more of everything is usually seen as better, an alternate investment philosophy suggests the opposite may be true. Perceptions of investment 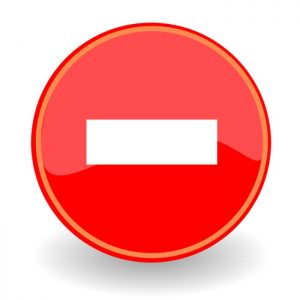 success are often correlated with making ever more additions of stocks, bonds, mutual funds, real estate, options, commodities or whatever it might be in order to diversify and hopefully secure profits.

While diversification is a valid and proven element of properly designed investment plans, there are many cases where additions of several categories of some less than desirable assets may cause more harm than good. Sometimes, the highest levels of investment success can be achieved by way of addition by subtraction.

In the name of quicker, bigger and stronger gains, many individual investors often wade into to the hazardous swamps of options contracts, commodities speculation, penny stocks, day trading, junk bonds, margin leveraging, and other ill-advised behaviors. Ambitious kitchen-capitalists who venture into these free fire zones most often find themselves minus a significant proportion of their bankroll, sometimes losing even more than they bet.

In addition to the particularly strong likelihood of losing money, there is the rather undesirable virtual company one keeps in certain markets, namely penny stocks, gold and silver speculation, “prime banking” and other junk. Better to keep the company of Warren Buffet and other legitimate investors than the angry man in the trailer park who will gratuitously profess to you the imminent collapse of civilization.

In examining the causes of any number of failed investment behaviors, it’s often easy to find where it may have gone wrong. Adding junk investments and speculative behaviors most likely produces significant losses, while subtracting these investment vices from one’s investment plans would result in a net gain.

Options trading, margin leverage and commodities speculation all have their place, but that place is generally not in the portfolio of the individual investor. These markets are the playing fields of the professionals, where their capital resources, technology  and expertise give them the necessary tools to use these markets as they were intended. Only a small percentage of individuals have the skills and savvy to win in these markets; the truth is that the vast majority of most household investors get their heads handed to them playing in most of these speculative assets.

Of course, the subtraction of junk assets and speculative behavior also subtracts much of the potential fun factor from investing; a well designed addition by subtraction portfolio can be seen as rather boring and not much fun compared to the rush of shorting soybeans or buying a diagonal butterfly put option spread. If you can consistently make money doing this sort of thing over a period of years not months you truly deserve to be congratulated, but for most individuals, the perception of excitement that comes with speculative activity or the big promises of junk assets is just not worth it. Sometimes, where subtraction leads to addition, boring can be beautiful.