As we near the mid-point in the 2015 calendar, financial markets and the global economy are continuing to show some progress, but the recent rate of gains for financial 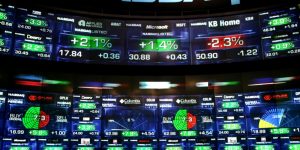 assets seen in 2013 and 2014 seems to have slowed markedly. The S&P 500 is up around 2% for the year so far, while valuations for most long term government bonds are down some 7% as measured by the iShares TLT 20+year Treasury ETF.

The US economy continues to display signs of continued growth, but the first two quarters of this year have been surprisingly slow, with disappointing results posted for employment, income gains, wholesale figures such as the ISM and Chicago PMI reports, (which surveys purchasing managers)  all showed a slowing in economic growth. In May, these figures turned upward, which may indicate that this period of slowness was temporary, caused by severe winter weather in certain regions and the seaport labor strike here on the West Coast. Retail sales were up strongly in May, but have previously been especially slow, as there seems to be a major shift underway in consumer buying habits in the US and developed economies. Much of retail trade is migrating to the internet, as evidenced by the growth in on line retailers such as Amazon. This ongoing trend is quite negative for storefront businesses, shopping malls as well as other traditional retail and may account for some of the current economic sluggishness. It seems that the “shop ’till you drop” retail phenomenon that prevailed in America for more than twenty years has now come and gone.

In addition, lower gasoline prices (outside of California) that have recently offered consumers a break on fuel costs should have boosted consumption in other sectors, but this has not occurred. There is no telling as to why the gasoline price break has not resulted in a boost to consumption, but my anecdotal analysis indicates that the gas savings is being used to pay for increasing health insurance  costs, (some 8 million more Americans now pay for health insurance under ObamaCare) and also for higher apartment and house rents, which have risen sharply in the past year. Meanwhile, car and truck sales have been very strong, implying that additional car payments may be part of where disposable income is going.

Internationally, global economies remain sluggish, with China displaying slower growth, despite strong gains in local stock indexes and an overheated real estate market in the big eastern cities. Japan has benefited somewhat from a very easy monetary policy and cheaper currency, but true economic gains seem incremental. Western Europe remains slow, but there are signs of improving conditions in Italy, Spain, Ireland and Portugal. The UK and Germany continue to lead the EU economies with moderate growth comparable to the US. The ongoing Greece debt melodrama continues its absurd charade of negotiations. Debt payments owed by Greece in June and July will again be pushed out in time with no real progress anticipated. There is no end in sight to the farcical Greek default-avoidance situation, which will continue to hang over the European and global markets for the foreseeable future.

There are increasing signs that US and global financial leverage and risk exposure is building, which could eventually cause another financial crisis. The rapid expansion of the “high yield” junk bond market, along with the proliferation of counterparty derivative instruments such as CLOs, (“Collateralized Loan Obligations”), may at some point cause another serious dislocation in financial markets, possibly toward the end of this decade. I have already developed a strategy for us to implement to deal with such a scenario if one occurs.

Domestic corporate earnings estimates have been reduced for many companies due to recent strength in the US Dollar, which makes American made goods more expensive overseas. This “headwind” as it is called by corporate managers has reduced the consensus estimate for S&P 500 earnings about 4% for the year, making stocks seem slightly more expensive on an earnings basis. Bond prices have been losing ground recently as markets await the long anticipated increase by The Federal Reserve in the short term “Federal Funds” interest rate target from around 0.25% to perhaps 0.5% This reaction has caused shares of electric and gas utilities as well as other “interest sensitive” sectors to track backward in price recently. Some buying opportunities may be available in those dividend paying sectors sometime soon.

To take advantage of this opportunity, I am introducing a new portfolio platform called “Dividend Power”, which focuses on  paying a strong current yield from a portfolio of high quality dividend paying stocks. Please inquire if you have an interest in dividends.

In closing, financial markets have been a bit more challenging this year, with little gain in price indexes, but our investment results remain generally quite positive in an environment where positive results are more difficult to come by.