“High Yield”: The Junky Road to the Next Financial Blow Up

One of the most familiar stories carried in daily financial and social media in recent times is the subject of how and when the next Financial Crisis will develop. Financial 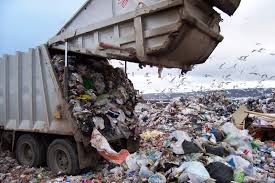 markets have recovered very strongly since the great “generational” bottom of March 2009; the S&P 500 index has more than tripled  [1] Excess financial risk-taking, which was among the primary causes of the 2008 financial disaster, was reduced sharply in the 2008-2010 bust period, but has steadily increased since.

One very popular market sector that has broadened overall systemic risk perhaps beyond what may be advisable is the so called “High Yield” bond market, which has been a huge favorite among institutional, hedge fund as well as mom and pop public investors. The size of the Junk Bond market has doubled since 2007, from $3.5 Trillion to more than $7 Trillion today. [1]

So-called High-Yield securities are bonds issued by companies and enterprises than have ratings below the “BBB” “Investment Grade” standard. In times of economic growth and stability, their default rates are generally low, and most of these bonds pay their income and principle in a timely manner. Since 2009 the US economy has seen enough growth for Junk Bonds to become very popular investments in a time when interest rates on investment grade bonds have offered between 0.7% for shorter term notes to around 3% for high grade long term industrial bonds. The Bloomberg High Yield bond Index is quoted at around  6.56% yield  [2]. The “spread” or difference in yield between investment grade and “High Yield” bonds is why investors have rushed into junk in such great numbers. And it is exactly here where the seeds of the next Financial Crisis may be sown.

The potential for a 2008 sized problem begins with the huge and ongoing  expansion of high yield issuance and the seemingly endless, ravenous appetite for it by investors big and small. Private equity firms use it for leveraging balance sheets, corporations use it for capital spending, marketing, financing stock buybacks and even cash dividends, (not to mention sometimes big executive compensation).

The systemic hazards to markets can arise when things don’t go so well for the individual company or the economy as a whole. What happens if the US economy slips into recession? Chances are, in even a mild recession, default rates in High Yield will rise, and the destructive domino effect of financial physics takes over. Institutional Investors, hedge funds and trading firms can get stuck holding a rapidly devaluing junk bond inventory, and with many of them being highly leveraged, they are forced to sell their junk positions at fire-sale prices, triggering even more selling, causing a cascading effect of selling begetting more selling as other leveraged players are forced out. Soon enough, you have the beginnings of another financial panic. Investors  who suffer big losses in High Yield in a short period can be forced to sell other unrelated assets such as stocks, high grade bonds and other assets not first affected by the selloff in High Yield in order to cover commitments made against their original junk bond positions. The selling in those assets then triggers even more panic in other markets. The problem can compound until the entire financial system is stressed to the breaking point. This is a simplified illustration of a panic similar to what happened in 2007-2008.

High Yield bonds are not very well understood by many of the people that own them. Even the professional investor class has time and again underestimated the risks of High Yield Bonds.  The temptation of higher current interest returns and strong , buoyant junk bond markets that go on for many years can lull investors into a hazardous sense of complacency. By repeating this past mistake, they place themselves and the entire financial system at risk.

More on the risks of High Yield bonds and other potential financial time bombs to come on this page.