Cold Comfort: Physicians and Dentists Are No More Financially Incompetent Than General Public

Back in 2011, the NY Times published one of the best media articles in recent years about the subject of physicians and their investment habits. Now almost four years 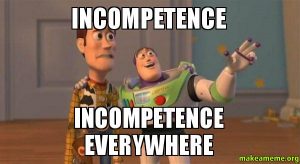 later, the valuable observations made in this piece have gone largely ignored.

The article, written by columnist Ron Lieber, outlines some of the money-losing tendencies of doctors as they attempt to navigate financial markets. See article:

First, it would be useful to point out that many of the mistakes made by medical and dental professionals are the same ones made by the public in general. In this way, we notice that physicians and dentists, often cited by financial professionals as particularly incompetent in financial affairs, are in fact much closer to average on an anecdotal basis. Statistical analysis of this particular observation vary with surveys and have not proven to be of much help in determining any material difference in the financial behavior and performance of medical and dental professionals as opposed to the public at large. In short Doctors and Dentists are not financially incompetent.

Some of the Financial Mistakes Made by Medical and Dental Professionals that are not mentioned in the NY Times article are those also made by the general public:

1-Chasing Trends: When something gets hot, whether it’s real estate, Chinese internet stocks, junk bonds or whatever it might be, doctors and dentists tend to get sucked in the same way as the general public. The same emotional herding instincts  that force people from every walk of life into following the crowd affect medical and dental professionals at around the same rate as the public.

2-Tax Avoidance Schemes: Doctors and Dentists are often seen as easy marks for bogus tax reduction schemes, but according to available IRS data, the majority of victims of tax scams are not medical or dental professionals, but persons over 65, people earning hourly wages, school teachers, other civil servants and many others. An IRS alert follows:

3-Inside Groupthink: One of the biggest financial mistakes made by medical and dental professionals is taking advice from colleagues and friends in the business. They often pass unreliable or bogus information, which leads to a chain reaction of financial mistakes by way of well-meaning recommendations by trusted friends and associates.

4-Influcenced by Media and Personalities: Both broadcast and now social media have a tendency to be highly emotional and often quite inaccurate when it comes to matters of finance and money, as well as some other vital  information. I was unable to find accurate data on whether medical and dental professionals are more or less susceptible to being mislead by a ubiquitous and often vitriolic media universe. Some practical advice for everyone whether in the medical professions or not: keep a cool head when the media and well known personalities go berserk; the economy or financial markets are often highly variable and very emotional. It’s not easy, but keeping the cool head has a good track record.

5-The Special Deal: Occasionally, doctors and dentists are offered some sort of special, private deal by a promoter or sales person who is making big promises about high returns, tax benefits and participation in some sort of exciting or exotic venture. Physicians and especially dentists have long been on the sucker list for such bogus private deals, but are not as vulnerable as people who are approached by deal scammers by way of religious, political and social channels. according to CNBC’s excellent “American Greed” program.