THE SCAM INEXORABLE: Part 1 The Hazards of Specialness

Long before recorded history, some of our cave dwelling ancestors must have already learned the art of the scam, routinely cheating their cave mates out of food, 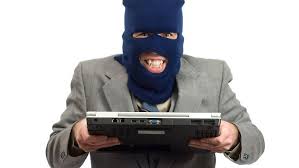 clothing, tools or whatever objects of value they might have had. Scamming is a special kind of human behavior, where taking advantage of the confidence of others is the key to nefariously obtaining their possessions . Some people are born scammers, who crave the rush of the trick as much as the gains they might make. Others learn to scam over time, as they find it preferable to honest work. From John Law and his ill-fated Mississippi Company back in 1720 to Charles Ponzi, and his “postal reply coupons” in 1920, scammers have always been with us. And today, thanks to technology, there are a lot more of them than ever.

Whatever forms various scams may take, they never deviate much from the essential formula. In most scams, the eventual victim is usually a willing party to the theft; the appetites and desires of the target of the scam are an critical first ingredient. The various forms that scams can take are too numerous to list, but they all have a common thread. They all seem to offer something that people want or need or think they need.

Scammers know the hot buttons, the door opening one liners that spark the interest of their potential victims. Perhaps you believe in giving to charity, or maybe you belong to a certain religious denomination. Maybe you harbor a deep suspicion of banks or government. Perhaps you have strong and easily identifiable political beliefs. Or perhaps you may have debts or taxes to pay. Maybe you enjoy a certain hobby or avocation. Any of these factors can be the door that scammers can jam open to find their way into your wallet. [1 Fraud.org]

Among the most interesting scams are those committed by the Charismatic Individual, a person who is both skilled and talented in the art of deception and theft by way of confidence. They exude trust, knowledge, magnetism and excitement, but mostly a special kind of nefarious charisma. Many people cannot resist the allure of the Charismatic Scammer, who speaks all the magic words that willing victims wish to hear. Victims will describe the Charismatic Scammer as “trustworthy, intelligent, honest, gifted, unique, caring, empathetic” and so on. Retrospectively, victims recall how they were mesmerized by the seemingly rapturous words of the scammer, never assuming (until it was too late) that it was all a lie. [2 American Greed CNBC]

But there is one primary ingredient of most scam driven frauds that all of us can recognize as a way to identify potential scams. It is the one most obvious factor that victims seem to ignore. In a word, it’s “Specialness”. Is it a “special” deal? A deal only a few privileged people can get because they know a charismatic individual or unique company that does “what no one else does”. Is it access to special banks, overseas companies or some other things no one has ever heard of? Is it something that only the “super rich” can get? Does it pay an interest rate or rate of return significantly higher than market rates? Specialness is the tell.

The truth is that if it is something only a privileged few can get, and is yet somehow available to you, it is most likely a scam. Among the most famous scams of all time was the immense ponzi scheme run by Bernard Madoff that was exposed in 2008. Numerous celebrities, top executives, Hollywood personalities and other glitterati were badly burned by Madoff because the Madoff deal was exclusive, available only to “special” people, and so on. How Madoff and his associates created the gains they falsely advertized was suspect from day one, as at least one whistleblower, former securities regulator Harry Markopolis attempted to tell everyone. Mr. Markopolis was largely ignored until it was too late.

In part 2 of this series on Scams we’ll take a look at specific scams, and how to avoid them, and even bust them in some cases.