Variable Annuities for Retirement: Four Ways They Can Be Hazardous To Your Financial Health 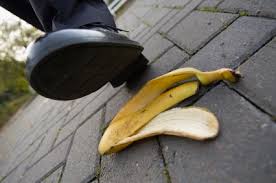 is by the purchase of Life Insurance and quite often, this Life Insurance investment is in the form of a Variable Annuity. There is a great deal that can be said and written about this type of annuity contract, but in the interests of brevity, investors should be aware of these four factors:

1-Many Variable Annuities pay big commissions and fees to brokers, insurance agents, “advisers” sales people and other distributors; often in the 7-10% range just to get started.  If that was not expensive enough, additional commissions in the form of “trails” or residuals are paid on an annual basis to brokers, advisors and other sales agents. Most or all of these commissions come out of investor’s pockets. It is quite common for a new variable annuity investor to start off with as little as 88 cents on the original dollar they invested. There are some Variable Annuities that do not charge these huge commissions, but you need to find a true fee-only advisor that does not get commissions, and qualify that Annuity as a no load or low load type.

Ask this question when you are solicited to buy a variable annuity: “Exactly how much do you earn when I buy this Annuity?” The answers you get could be interesting.

The defenders of Variable Annuities are most often the ones who earn those huge commissions, so be careful when encountering an enthusiastic sales person pushing you to sign up for a Variable Annuity. There is an old joke in the investment business about Variable Annuities; they are truly a great retirement plan; that is, for the person selling the annuity.

2-Some Variable Annuities can contain rather poor quality funds. Because investors are locked into a limited menu of mutual funds within the annuity contract and cannot invest in anything else, insurance and mutual fund companies are free to place inferior mutual funds into variable annuities that are not competitive in the open market. Brokers and agents that sell these funds have been known to call variable annuities “garbage cans” for this reason.

3-Some Variable Annuity contracts have within their provisions “performance caps”, where a portion of investor profits over a certain performance level are taken away from the investor and given to the insurance company and/or the brokerage that was the selling agent. These “caps” are disclosed deep in the fine print of the annuity contract disclosure documents, and investors are often unpleasantly surprised in strong stock market environments (like 2013) where some of their profits are confiscated by the underwriting company and other interested parties.

4-Variable Annuities can be roach motels. Once you are in a Variable Annuity, getting out can be really expensive. Penalties  for “surrender” (meaning when you want to take out your money) range from 8% or more in the first year, declining each year by around 1% to zero in the 8th year, or even longer in some cases. And don’t forget the tax implications; you need to roll whatever you can get out of variable annuities into a qualified account or plan, such as an IRA Rollover.

Variable Annuities can be expensive, tricky and often junky, so be very wary of these hyped up insurance products; they often can cost you big time.

NOTE: THE ABOVE ARTICLE IS FOR INFROMATIONAL PURPOSES ONLY AND IS ONLY AN OPINION. OTHERS MAY HAVE A DIFFERENT VIEW OF THIS PARTICULAR TOPIC. THE AUTHOR BELIEVES THE WORDS ABOVE TO BE ACCURATE AT THE TIME OF WRTITNG.