Four Reasons Why the Cult of Negativity Hangs On, Even as Outlook Improves

For the last several months we have been reading accounts of how the US economy is showing signs of improvement, as unemployment heads to below 7%, housing 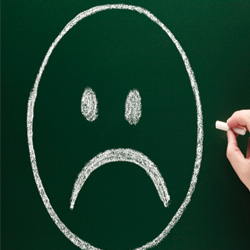 markets recover and real estate prices advance. Auto sales, not long ago a symbol of a declining American manufacturing sector, are strong and gaining momentum [1]. Financial markets are trading at record highs. The budget deficit, which topped $1Trillion per year only two years ago, has been cut in half as of 2013 [2] and could contract to zero or even a surplus in fiscal 2016. In many ways, the sun is coming out to shine again on the US economy.

But if you ask many Americans, (and many news organizations of all sorts do so every day) we are still in a state of economic misery, some even say the worst ever. Long standing resentments and dissatisfaction among a significant portion of the US population has led to a Cult of Negativity that continues to expect only the worst of times. If things are actually getting better, why are so many people in the US feeling so bad?

4 Reasons Why the Cult of Negativity hangs on:

1-Things are indeed getting better for many Americans, but a very large economic underclass continues to be left behind. More than 40 Million people in the US are characterized as living below the poverty line. Their incomes have actually diminished in recent years (less government subsidies). Few jobs and lagging pay for those who are employed keep the bottom 20% of the economic food chain falling further behind.  Employment prospects for this group have been grim, though some improvement may be forthcoming in 2014.

2-Demographics: The average person born in the US is now around 40 years old, up from 26 years old in 1975 [4]. We seem to be getting old and grouchy, and often seem unwilling to accept good news, even when there is ample evidence to believe in. We have become jaded and negative, and often cling to negative outlooks despite what may be a material improvement in circumstances.

3: General Paranoia and Survivalist Culture: Take a look at some cable TV shows and you can see a whole subculture expecting the world as we know it to end any time now. Predicting the worst has become a daily mantra for many, as a deep seated mistrust of governments and institutions manifests in an ongoing campaign of hunkering down and preparing for apocalypse. Expecting the worst has become a lifestyle and a means of political and cultural expression.

4-Negativity as a Product: Many purveyors of goods and services that exploit our worst fears are telling us on a daily basis that the end is nigh and we had better be prepared. Therefore we must buy their gold and silver coins, survival equipment, powdered food stuffs and other junk, all in the name of preparedness. This ongoing drumbeat of negative expectation has become part of our culture, and may be contributing to the continuity of the Cult of Negativity, despite what seems like an improvement in real world circumstances.

Though there are many problems remaining things are looking up economically here in the US; we’ve come a long way from the terrifying financial implosion of 2008. It’s time to expose the Cult of Negativity for what it is: just another consumer product people seem willing to buy.